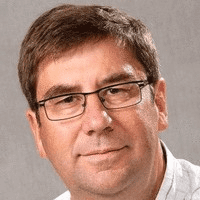 Philip Calder is Professor of Nutritional Immunology and Head of School of Human Development and Health at the University of Southampton in the UK. He is currently President of ILSI Europe. Professor Calder is an internationally recognized researcher on the metabolism and functionality of fatty acids with an emphasis on the roles of omega-3 fatty acids in immunity, inflammation and cardiometabolic disease. He has also conducted recognized research on amino acids, antioxidants, prebiotics, probiotics and natural products. His research addresses both life course and translational considerations and includes research in cell and animal models and in healthy humans and patients. Professor Calder has published over 600 scientific articles (excluding abstracts) and according to Web of Science his work has been cited over 33,000 times. He has a Web of Science h-index of 100, a Google Scholar h-index of 130 (i10 index 489) and has been included in every listing of Highly Cited Researchers. He has received many awards and prizes for his work including ESPEN’s Cuthbertson Lecture (2008), the Ralph Holman Lifetime Achievement Award from the American Oil Chemists’ Society (2015), the prestigious Danone International Prize for Nutrition (2016) and the DSM Lifetime Achievement Prize in Human Nutrition (2017). Professor Calder was President of the International Society for the Study of Fatty Acids and Lipids (2009-2012), Chair of the Scientific Committee of the European Society for Clinical Nutrition and Metabolism (ESPEN) (2012-2016) and President of the Nutrition Society (2016-2019). He is currently President of the Federation of European Nutrition Societies. He was Editor-in-Chief of the British Journal of Nutrition (2006 to 2013) and is currently Associate Editor of Clinical Science and Journal of Nutrition. He previously served on many Editorial Boards of journals in the nutrition, lipidology and biochemistry fields. Professor Calder has a long association with ILSI Europe having served on its Scientific Advisory Committee, as Scientific Co-Chair of one of its Task Forces, and as a member (including Chairing) several Expert Groups. 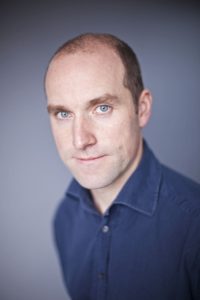 Adrian Martineau is Professor of Respiratory Infection and Immunity at Queen Mary University of London. He is a respiratory physician with a research interest in the effects of vitamin D on human health. His work combines laboratory investigation, clinical trials and meta-analysis investigating the potential for vitamin D supplementation to prevent and treat respiratory disease. Adrian’s research is funded by the MRC, NIHR, and NIH.