As populations worldwide are aging, there are ways our society can help ensure a healthy, enjoyable and sustainable lifestyle for older individuals. The International Life Sciences Institute (ILSI) hosted a side event during the UN Food Systems Summit 2021 Pre-Summit. A panel of experts discussed nutrition, scientific cooperation and introducing more inclusivity of older populations. Working together, we can encourage greater health, mobility and cognition for seniors.

Improved cooperation and integration of research will advance food scientists’ understanding of key nutrients in the aging process. Scientists can also utilize this research to design more suitable food options for older populations.

Governments can use this research on nutrition to make informed decisions for their older populations. The collection of data can also aid in the development of food options that support healthy aging. Encouraging greater collaboration between the public and private sectors to provide more appropriate, sustainable diets for seniors can help achieve UN Sustainable Development Goals 3, 4, 9, 10, 12 and 17.

Improving nutrition and health for seniors

This event shared information and hosted a dialogue to support improving individuals’ nutritional status and strengthening immune systems during the aging process. The discussion also focused on the need for sustainable food system innovations, as well as more palatable, nutritious diets for seniors. 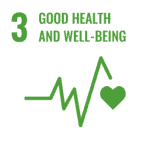 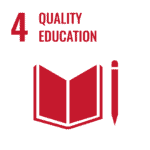 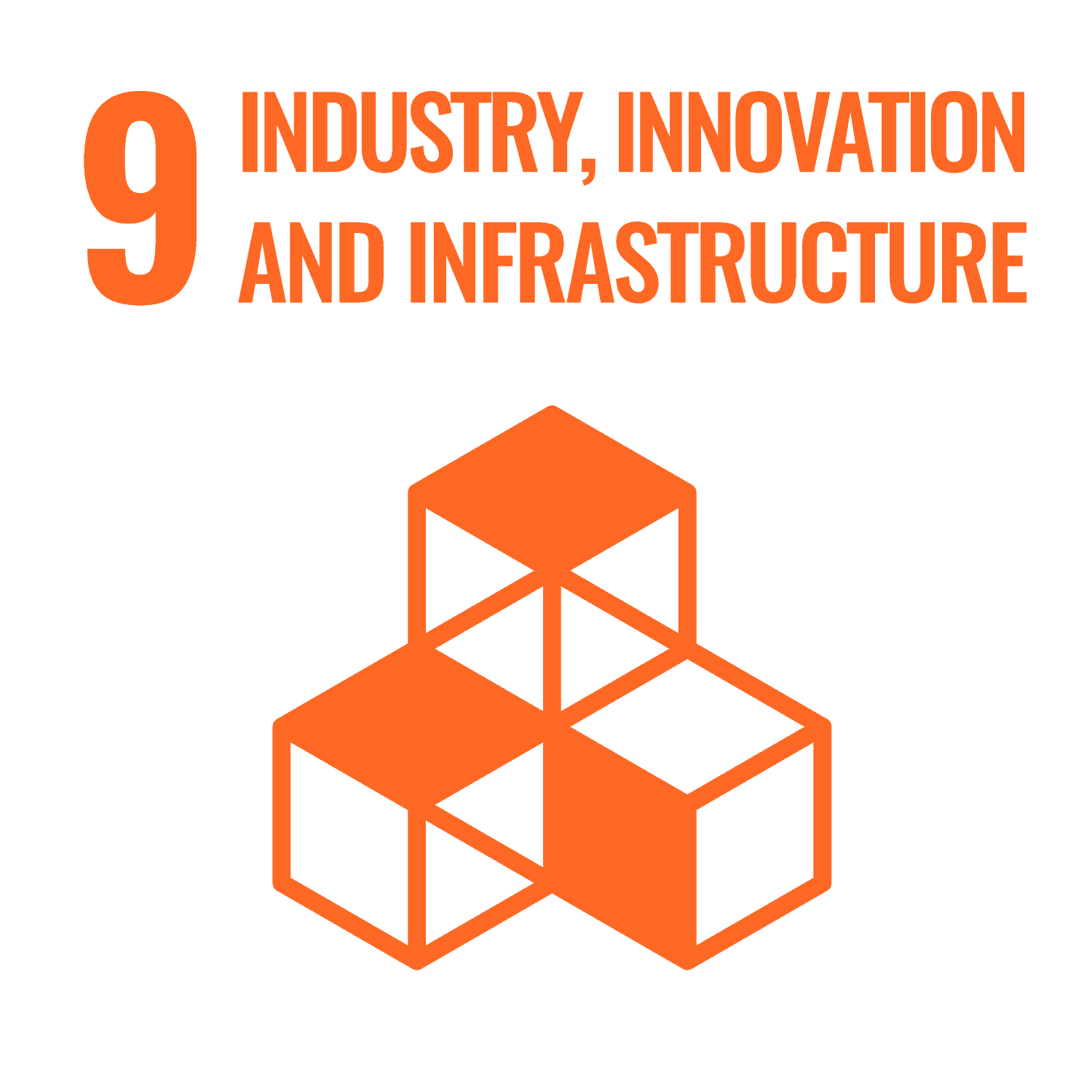 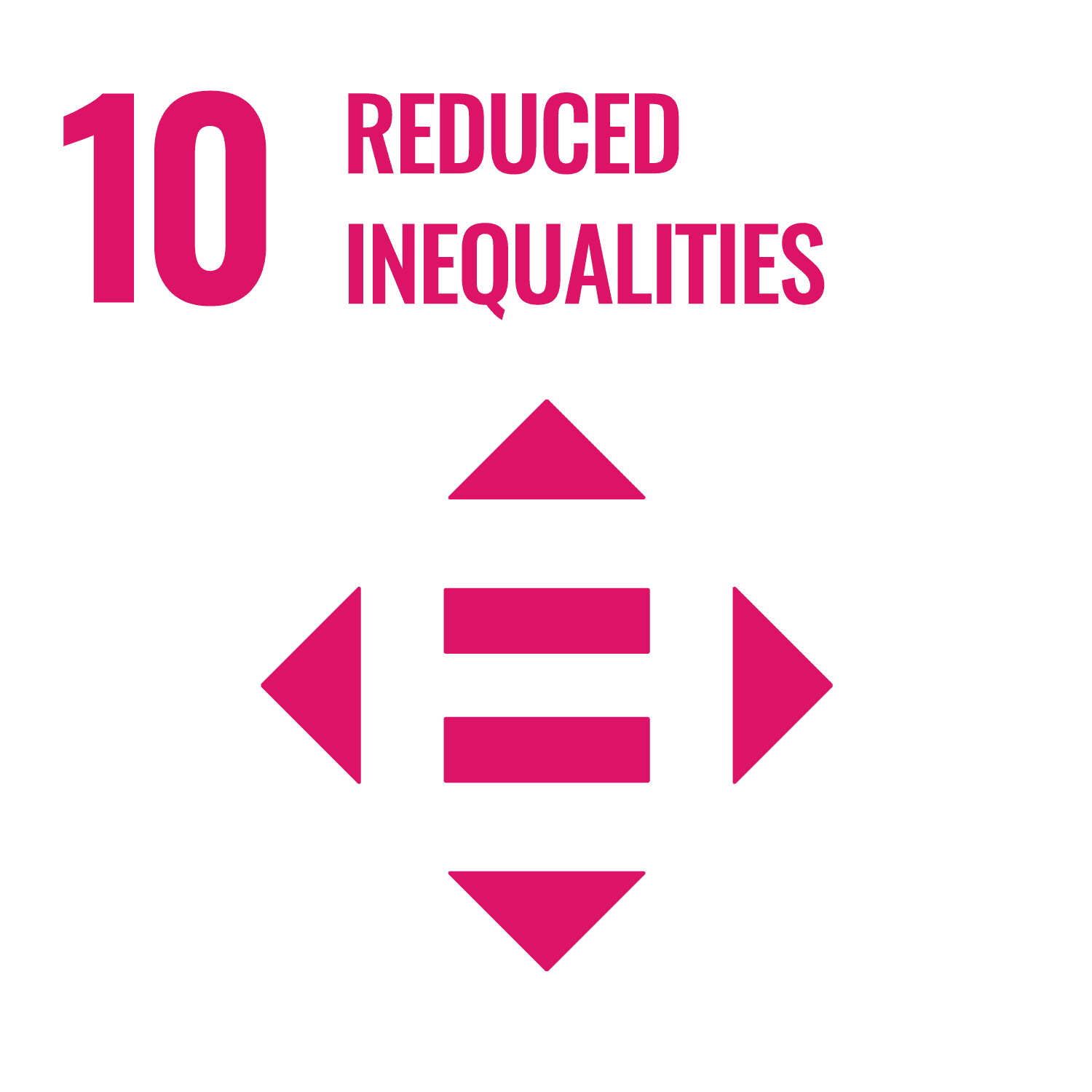 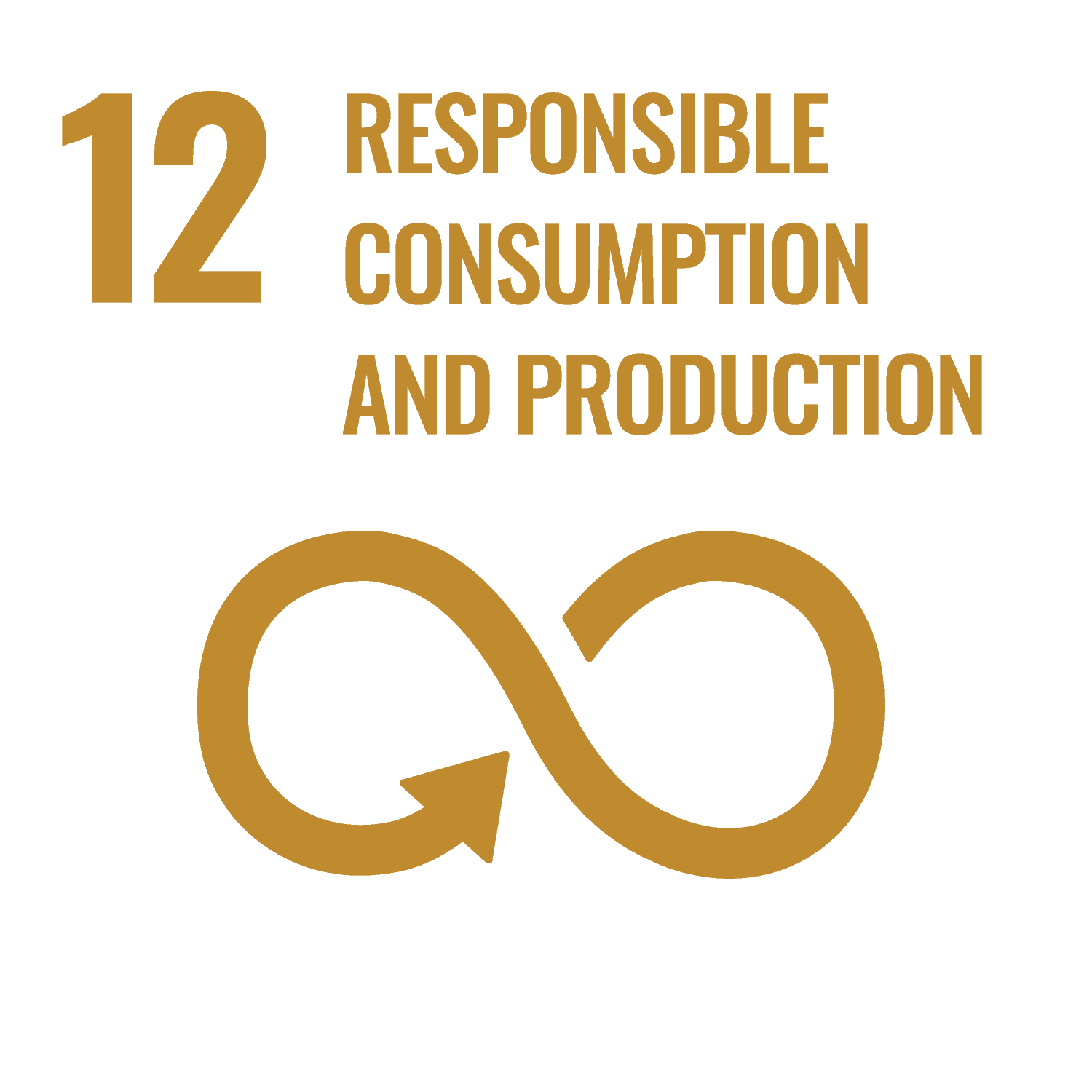 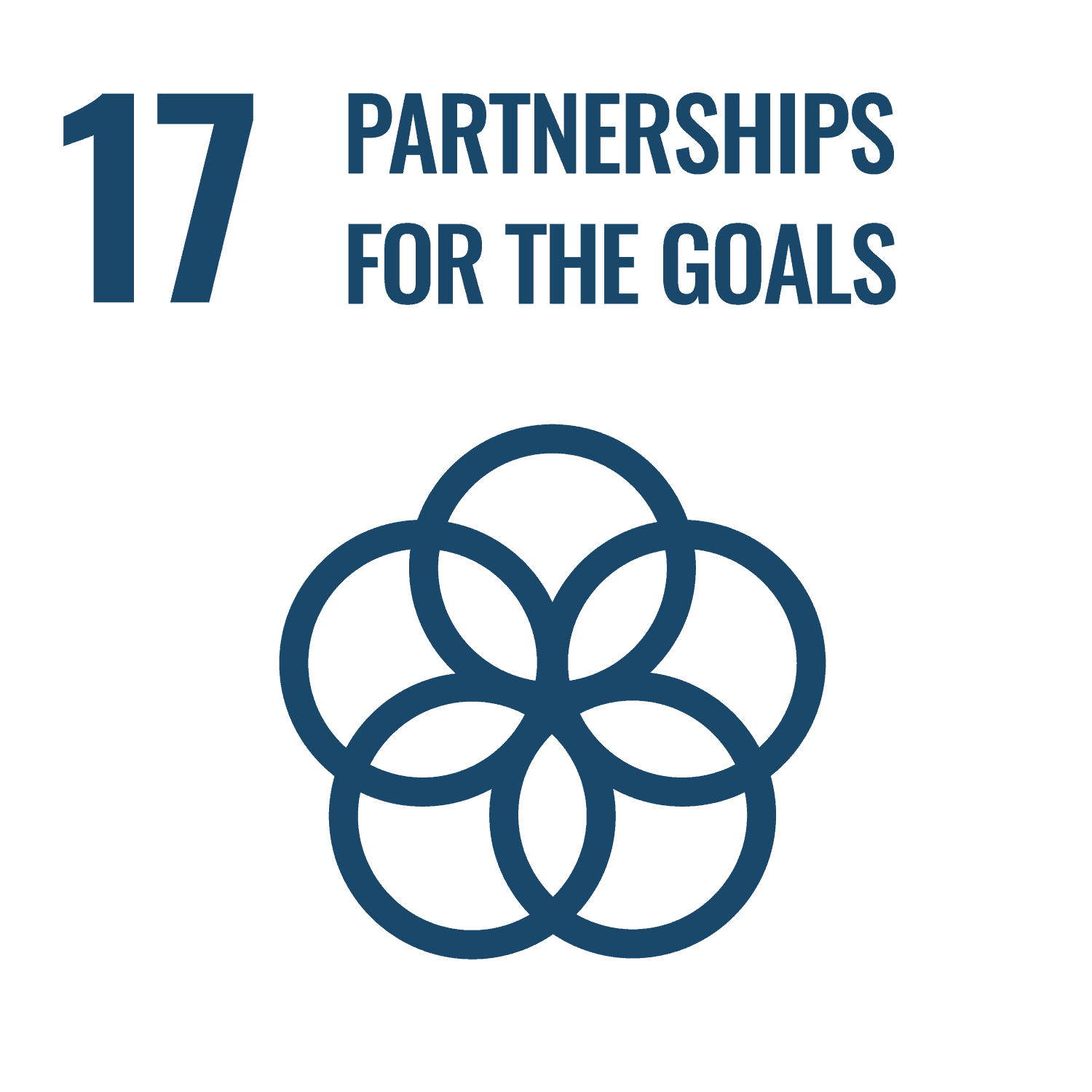 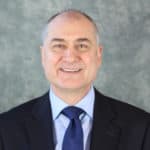 F. Kerr Dow is Co-Chair of the ILSI Global Board. He retired in 2020 as Vice President, Research and Development from Cargill Inc., where he led a scientific organization covering Technical Service, Research, Product & Process development, Scientific and Regulatory Affairs, Intellectual Asset Management and Food Applications, across North America, Europe, Latin America and Asia. Before joining Cargill in January 2007, Kerr held the position of Vice President, Global Innovation and Quality and Chief Technical Officer of the H.J. Heinz Company. 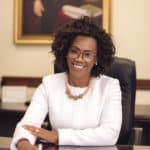 Epsy Campbell Barr is the current Vice President of the Republic of Costa Rica (2018-2022), the first Afro-descendant woman in this high position on the American continent, Afro-Costa Rican leader, two times representative to the Congress of Costa Rica (2002-2006; 2014-2018) and Minister of Foreign Affairs (2018).

Before becoming Vice President, she was a human rights activist on issues related to women, indigenous peoples, afro-descendants, human development, social inclusion and the environment.

She graduated as an economist and has two master's degrees: one in International Cooperation for Development and another in Advanced Management Techniques and Political Decision.

In her role as Vice President of the Republic of Costa Rica, she works on the implementation of “Franja de Desarrollo” to promote greater human development on the northern border. She is also in charge of the National Plan for Economic Empowerment and Leadership of Women, with the objective of reducing gender gaps and generating greater opportunities.

Vice President Campbell works on Costa Rica’s national and international commitments for the fulfillment of the International Decade of People of African Descent and she promotes initiatives and strategies in favor of this population. 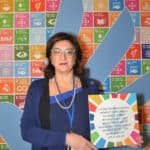 Maria Francesca Spatolisano is the Assistant Secretary-General for Policy Coordination and Inter-Agency Affairs, UN DESA since March 2019. At the beginning of February 2021, she was also appointed Officer-in Charge of the Office of the Secretary-General’s Envoy on Technology in her personal capacity.

Ms. Spatolisano has 35 years of experience in public service including extensive senior leadership in multilateral affairs. She has served as the European Union Ambassador to the OECD and UNESCO, Monaco and Andorra. She was a member of the EU Delegation to the United Nations, serving as the Head of its Economic and Trade Section, covering all issues related to trade, development and environmental policies in the Second Committee and ECOSOC; she also represented the EC to the Fifth Committee. 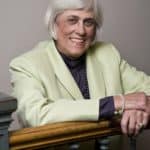 Johanna Dwyer DSc RD is a Senior Scientist at the Jean Mayer USDA Human Nutrition Research Center on Aging  and Professor in the Medical School at Tufts University, Boston. Her current work involves research on developing better measures for assessing  dietary intake and nutritional status in older adults, with particular interest in population-based national surveys. She is a member of the National Academy of Medicine and has published over 300 original research articles and reviews on human nutrition across the life cycle. She has served on many committees and several positions at the federal level dealing with nutrition policy and research on these topics. 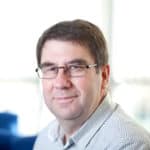 Philip Calder is Professor of Nutritional Immunology in the Faculty of Medicine, University of Southampton. He is an internationally recognized researcher on the metabolism and functionality of fatty acids, with an emphasis on the roles of omega-3 fatty acids, and on the influence of diet and nutrients on the immune and inflammatory responses. His research addresses both life course and translational considerations and includes research in cell and animal models and in healthy humans and patients. 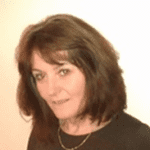 Louise Dye is Professor of Nutrition and Behaviour in the School of Psychology and Academic Lead for the University of Leeds of the N8 Agrifood Programme. She leads the diet and health theme of the Global Food and Environment Institute at University of Leeds. Louise also sits on BBSRC Strategy Board for Integrated Understanding of Biosciences for Health and chairs the Neuroscience and Mental Health Working Group. She is a Chartered Health Psychologist and British Psychological Society member. Louise began her career in Human Psychopharmacology and has over 30 years’ experience in the assessment of nutritional and pharmacological intervention on cognitive function and wellbeing. She is Associate Editor of Nutritional Neuroscience and the European Journal of Nutrition. Louise has served on several ILSI Europe’s expert groups is now President and chairs the Scientific Advisory Committee. 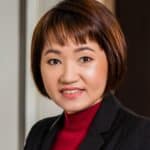 Yen Ling Low, PhD, serves as Divisional Vice President of Scientific & Medical Affairs for Abbott's Nutrition Research and Development. Dr. Low has more than 20 years of experience working in the field of food and nutrition, spanning government, academic and industry settings. She currently leads a multi-disciplinary team of more than 150 scientists, doctors, researchers and specialists globally to design science-based nutrition innovations to help people live healthier lives and raise awareness of the importance of nutrition in growth and development, as well as health and recovery. 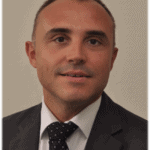 Stéphane Vidry joined ILSI Global in Washington, D.C. in June 2018. Prior to that, Stephane was Assistant Director for ILSI Europe where, for 12 years, he managed several food safety-nutrition activities, including the coordination of a European Commission-funded project on Benefit Risk Analysis of Foods, ILSI Europe's Scientific Advisory Committee and leading a group of seven scientific project managers. Stephane also worked for the European Commission Joint Research Center and the international dairy company Lactalis. Stephane earned his PhD in Food Sciences from the University of Montpellier, France where he also taught. 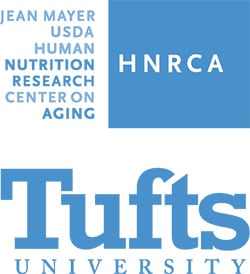 The Global Food and Environment Institute at the University of Leeds

As populations worldwide are aging, there are ways our society can help ensure a healthy, enjoyable, and sustainable lifestyle for older individuals. The International Life Sciences Institute (ILSI) will host a side event during the UN Food Systems Pre-Summit on Monday, July 26 from 1:30 to 2:20 p.m. EDT. Please join us as we bring together a panel of experts to discuss public-private partnerships, scientific cooperation and introducing more inclusivity of older populations to encourage greater health, mobility and cognition.

Greater scientific cooperation and the integration of research will help ensure food scientists’ understanding of the role key nutrients and foods play during the aging process. In addition, scientists can utilize this research to design more suitable food options for older populations. Governments also need this research and data to make informed decisions for their aging populations. Encouraging investments in food consumption patterns and food system innovations can provide more sustainable diets for aging populations and help achieve the UN’s 2030 Agenda, particularly Sustainable Development Goals 3, 4, 9, 10, 12 and 17.