Phenolic compounds contribute to the prevention of chronic diseases and in recent years they have received much attention in view of their positive effects on human health, mainly related to their antioxidant, anti-inflammatory, cardioprotective and antiproliferative properties, among others (Wu et al. 2004). Most of the polyphenols supplied by the diet are transformed into the colon by the intestinal microbiota before absorption.

This conversion is essential for these compounds to be absorbed and also modulates their biological activity. Likewise, polyphenols are substrates of numerous enzymes located in the intestinal tract and in the liver. Consequently, the interaction of the microbiota with polyphenols and its effect on human health has been recently investigated, which has allowed the identification of the microorganisms involved in the colonic fermentation of these compounds (Selma et al. 2009).

In recent decades there has been a trend towards the aging of the world population, associated with an increase in the longevity of populations. Due to this, interest has grown in the scientific community to study the factors that contribute to this increase, especially those related to healthy aging.

Costa Rica is no exception to this global trend and has the peculiarity that it is home to one of the five blue zones of the world: the Nicoya Peninsula, one of the regions with the highest percentage of centenarians.

With the purpose of elucidating and understanding the role of factors associated with longevity, currently, at the University of Costa Rican, two research projects are in force. These projects intend to approach the study of longevity and healthy aging reported in the Nicoya Peninsula from a multidisciplinary perspective, including factors such as health status, nutritional status and habits (current and past), physical activity habits, the gut microbiota, and support networks.

In this webinar, the results obtained in the research tours that were carried out in 2019 in the Nicoya Peninsula, Costa Rica will be analyzed.

To register you can do it here 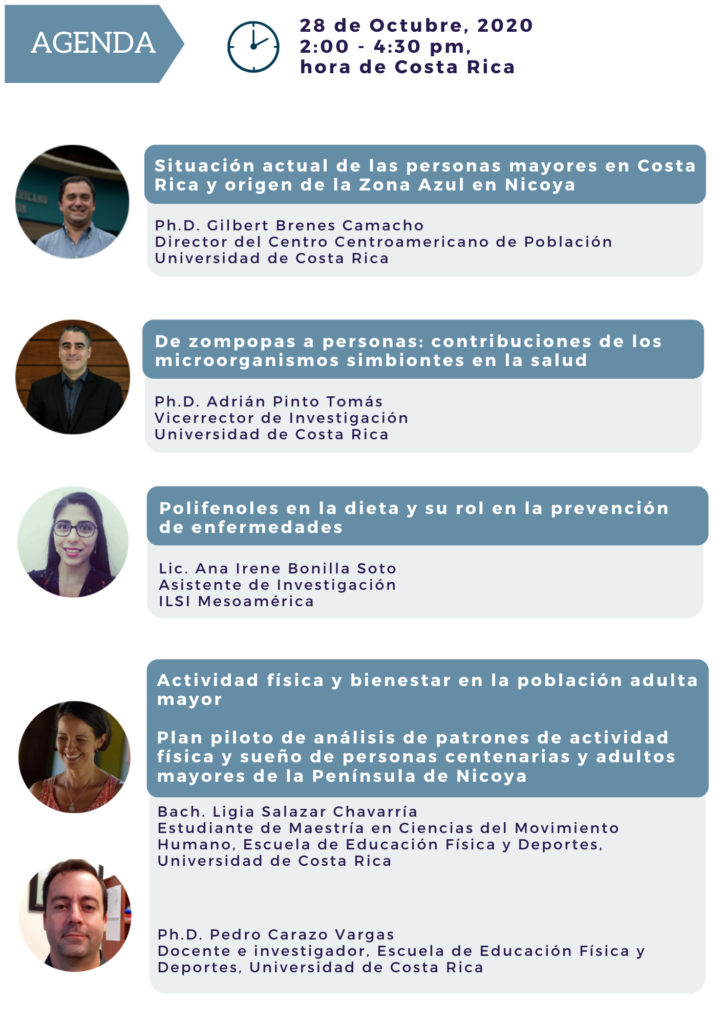 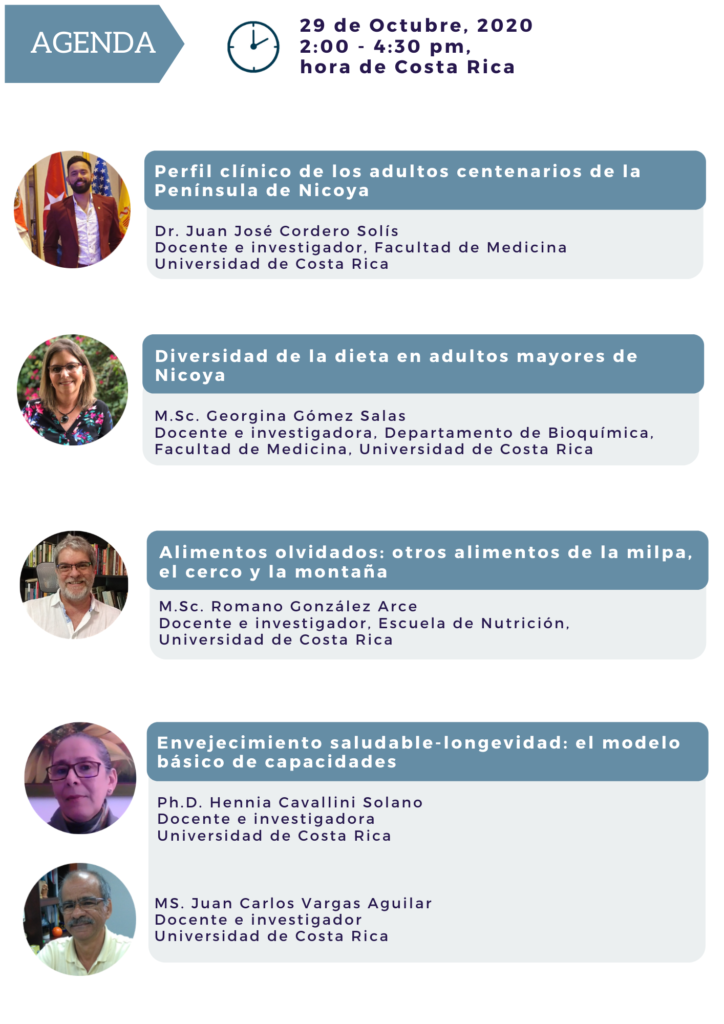