Validation of control measures and pathogens reduction steps for the safe production of traditional artisanal dairy products from the Mesoamerican region.

A fundamental right of all people is to have access to a healthy and safe diet that allows adequate growth, development, and health status. Food safety is considered a priority element in the production of food for human consumption that involves public health, the well-being of the population, and the economy of the countries (FAO, 2009). 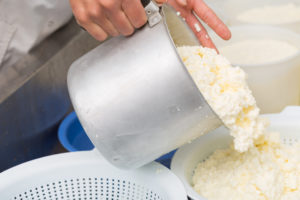 Dairy products, in general, represent a high-risk food from a microbiological perspective and have been linked to numerous outbreaks of foodborne diseases. It should be noted that in Costa Rica, as in the rest of the Mesoamerican region, a high proportion of the most consumed dairy products are handcrafted by small producers who in most cases lack basic formulation and control controls process that guarantees the safety of their products (FAO, 2009).

Given the previous scenario, the present investigation is proposed with the objective of carrying out evaluations, with a scientific basis, in three artisan dairy products of high consumption in the region, selected as a study model. It is hoped that this effort will eventually facilitate the planning of specific regulations to ensure the safety of the products studied.

To evaluate the effectiveness, to guarantee the innocuousness, of the current practices of formulation, handling, and processing of three handmade dairy products produced in the Mesoamerican Region.

Thesis students/assistants: 3 students of the Bachelor’s Degree in Food Engineering from the University of Costa Rica who, through this research, would be developing their respective Graduation Thesis. 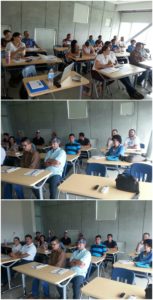 On October 13, 2016, an educational session was held by Dr. Richard Ellner, who is a Consultant of the “Agrar Marketing Austria” in Vienna, Austria

The session was attended by cheese producers associated with the project. and other guests. The themes developed were:

1-The pasteurization of milk: importance in the microbial quality of dairy products.

2- Requirements to the microbiology of milk for its use as a raw material in the cheese factory.

On January 23, 2017, the presentation of the project was made at the Annual Assembly of ILSI in San Diego, California, for this occasion Dr. Jessie Usaga made a presentation where she explains in detail the progress of the project if she wishes to observe the Presentation can do it here.

During the months of February to May, more than 15 small businesses have visited all of the rural areas such as for example Turrialba, Los Chiles, Golfito, San Carlos, in order to evaluate their methods of Good Manufacturing Practices and collect information about the formulation and processing conditions of artisan products, since this information is not available in the literature. Each producer involved in the project will receive a new visit where the report will be analyzed and recommendations will be given to solve problems detected. To know the full report of the semester you can do it here.

The Magazine Flavors of the Nation in its edition of the month May-June 2017 presented an article called History Threads with a lot of flavors: palmito cheese. This article discusses the entire cheese production process and also refers to this important project of the safety of artisanal dairy products.

To read the full article in Spanish, you can do it here.

On October 19, 2017, the National Dairy Congress was held, where Professor Diana Víquez had the opportunity to present an advance on the project’s results. The congress was attended by a significant number of representatives of industry, government, educational institutions, and others.

n addition, participants participated in the poster session with the research: “Determination of the effect of palm kernel spinning on reference pathogens, by characterizing the process applied by artesian producers.”

From November 6 to 10, 2017, the National Week of Food Safety organized by the Ministry of Economy, Industry, and Commerce (MEIC) was held for the first time in Costa Rica in order to promote good hygiene practices. the food. Professor Jessie Usaga had the opportunity to present a preview of the project at the opening of the activity.

As part of the project, once the dairy products study stage is finished, the teachers and students in charge of this process carry out training sessions with the producers in order to help them improve their production processes hand in hand with the safety.

On December 11 and 12, 2017, an undergraduate student in Food Engineering, Gloriana Rodríguez, who was working with palmito cheese (spiced cheese), visited the Golfito area (Southern Zone of Costa Rica) to finalize the training producers of this type of cheese.

As of January 2018, the tests for the production of Bagaces cheese begin, which is characterized by its salty taste. Below are photos of the process carried out by the student in the CITA – UCR, Costa Rica 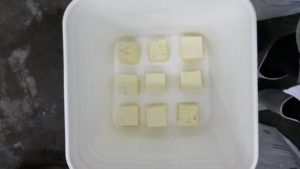 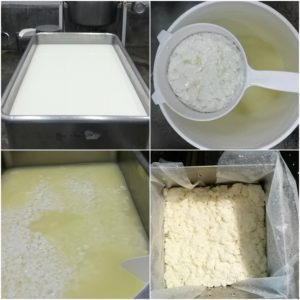 On January 23, 2018, at the Annual Meeting of ILSI in Southampton, Bermuda held the scientific session Science Serving Society where Professor Jessie Usaga had the opportunity to present some of the results obtained from the project.

To learn more about this presentation, you can do it here.

The video of the presentation can see it here.

On February 6, at the scientific session of the Ordinary General Assembly of ILSI Mesoamerica, Professor Jessie Usaga successfully presented the progress of the project to all the members and special guests present.

All attendees were very surprised with the results obtained and are waiting for new developments. 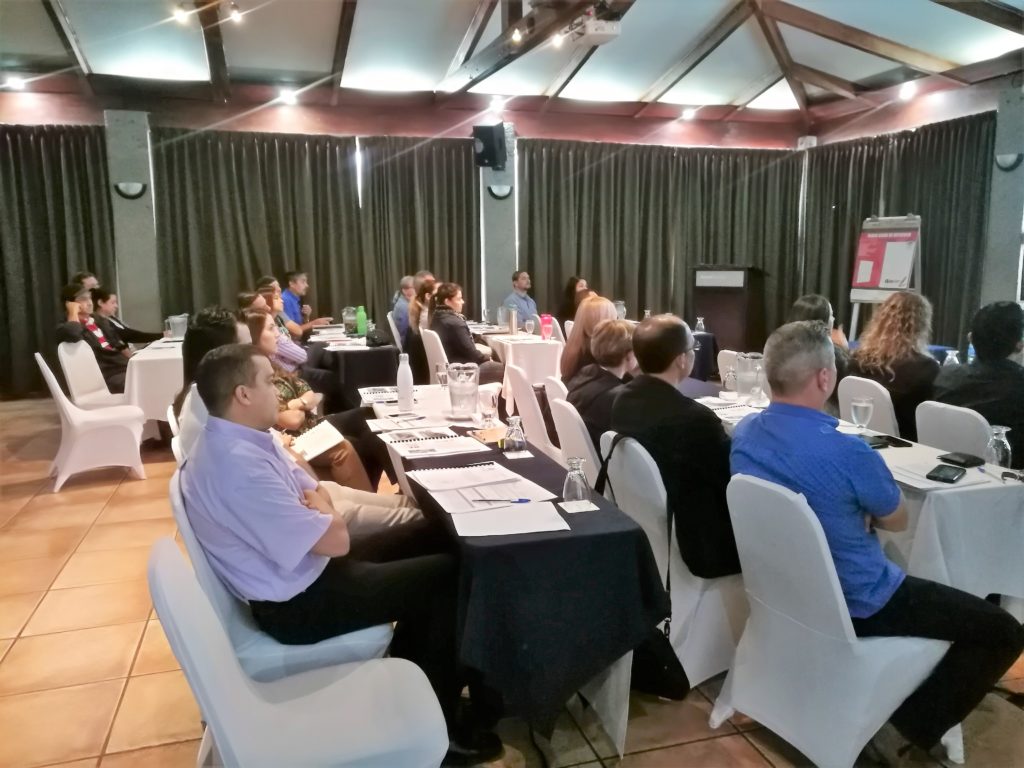 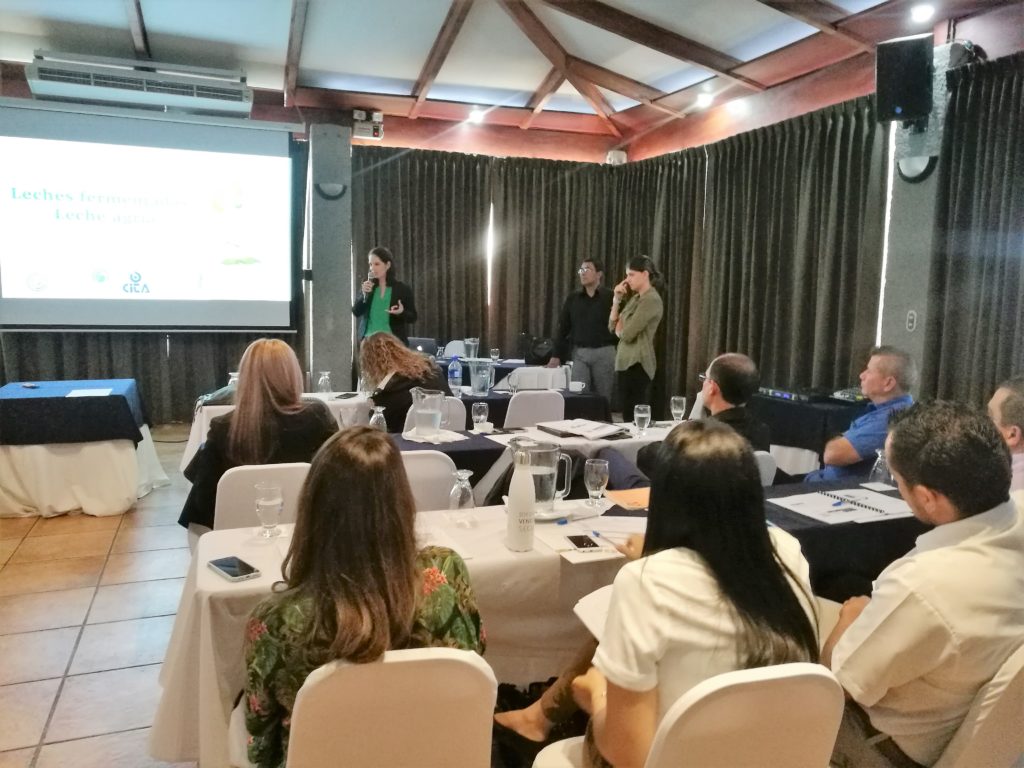 The objective of the workshop was to know the control measures necessary to guarantee the safety of three artisanal dairy products from the Mesoamerican region (dry salted cheeses, spiced cheeses, and fermented milk).

On May 10, 2019, a note called “The UCR provides a study to improve the quality of artisanal dairy products” is

published in the news portal of the University of Costa Rica, in which reference is made to the work carried out in the project.

The CITA-UCR determines that traditional practices such as salting, fermenting milk, and spinning cheese are not effective in eliminating microorganisms that cause diseases. It is emphasized that the project seeks to empower artisanal producers and provide them with technical information so that they can make modifications and offer products of better quality to the consumer.

On June 7, 2019, the 3rd Celebration of the National Week of Food Safety organized by the Ministry of Economy, Industry and, Commerce (MEIC) was held. Professor Jessie Usaga had the opportunity to present the results obtained from the project as a success case in the closing of the activity.

On January 20, 2020, at the ILSI Annual Meeting in San José, Costa Rica, the scientific session Smart Consumer Protection and Increasing Consumer Trust was held, where Professor Jessie Usaga had the opportunity to present some of the results obtained of the project.

To see the video of the presentation you can do it here.

In August 2020, the project presents its final report to the Office of the Vice President of the University of Costa Rica. To know the report (Spanish version) you can do it here.

ILSI Mesoamerica thanks the researchers of the project: Dr. Jessie Usaga Barrientos, Lic. Diana Víquez Barrantes and Dr. Eric Wong González, for all the work, carried out. In addition, we thank and congratulate the students of the Food Engineering career at the University of Costa Rica who achieved the conclusion of their studies thanks to this research.

In the month of September 2020, the publication of the article (in Spanish) Process guides to guarantee the safety of three Costa Rican artisanal dairy products (pages 29-33)

The publication was carried out in the digital magazine Horizonte Lechero. This is a technical magazine widely used by producers in the region and the process guides for the three products we studied in the research were documented there.