Vitamin D and its relationship with obesity in the urban area of ​​Costa Rica.

In the last decade vitamin D has been studied beyond its role in calcium homeostasis and bone metabolism. Inadequate levels of vitamin D have been associated with cancer, diabetes, cognitive dysfunction, depression and cardiovascular disease in epidemiological studies (Wright et al, 2013), so there has not been a considerable amount of interest in studying paper of vitamin D in the prevention and treatment of these diseases.

Vitamin D insufficiency affects regions and population of all ages (Nimitphong and Holick, 2013) subtropical and temperate, and may be overlooked in the region with abundant sunshine such as Costa Rica, as to date there has been no studied in a population study.

Both obesity and vitamin D insufficiency have a high prevalence in all world. The two conditions are associated with each other, but the nature of the association is unclear. There is a possibility that the increase in adiposity could lead to vitamin D deficiency due to the hydrophobic characteristic of the vitamin can storage in adipose tissue moving out of circulation. But on the other side, it could be that low vitamin D level increases the risk of obesity since this vitamin can modulate the metabolic activity of adipocytes in experimental studies (Deepu et al, 2014, Mai et al, 2012).

Higher levels of vitamin D have been linked to insulin sensitivity and a more desirable lipid profile. Recent studies have suggested that adiponectin might be related to the association between vitamin D, obesity and insulin resistance. Adiponectin is an adiponectin with anti-inflammatory and anti-atherogenic properties, which serum concentration is inversely associated with body adiposity (Saliba, Barnett-Griness and Rennert, 2013; Wright et al, 2013). 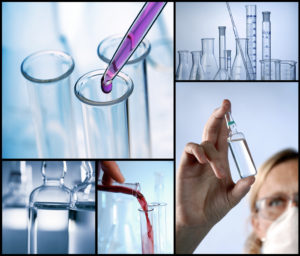 The ELANS study is a multi-center cross-sectional study of a representative sample of the urban population of 8 countries in Latin America (Argentina, Brazil, Chile, Colombia, Costa Rica, Ecuador, Peru and Venezuela).

A standard study protocol was designed to investigate the anthropometric profile, nutritional intake and physical activity level of 8,000 enrolled subjects. The procedures for sampling selection were based on the complex design of the sample, multistage, stratified by conglomerates, with all the regions of each country represented, and the main cities of each region were randomly selected according to proportional probability to the size of the method.

Validity of the project: