The situation of overweight and obesity worldwide is a public health problem. The World Health Organization [WHO] (2014), stated that 35 million children live in overweight conditions, mainly located in the urban area, which has generated a categorization, by experts, as the disease of the century XXI.

This reality is a problem that is repeated in all the countries of Central America. In general terms, the National Demographic and Health Surveys of the different countries of the region estimated, in 2010, a prevalence in children under 5 years of 6.2% and in persons under 20 years of 22.6% (Council of Ministers of Health of Central America and the Dominican Republic [COMISCA], 2014). In addition to this, 60% of the adult population of all Central American countries suffer from this complication; and 70% are dying from chronic diseases, such as acute myocardial infarction, stroke, cancer, respiratory diseases, and diabetes mellitus, which have overweight and obesity among their risk factors (Orellana, 2014).

Poor diet and lack of physical activity, are the main factors that favor the development of this epidemic in the world, so it is very important to promote healthy lifestyles in the different environments in which the individual develops (COMISCA, 2014). In Nicaragua, the health evaluation carried out in 1998 indicates that 12% of children under 5 years of age were underweight, 25% were stunted and 4% were overweight (Organization of Nations United for Food and Agriculture [FAO], 2010).

Likewise, studies carried out by the Nicaraguan Demographic and Health Survey [ENDESA] (2012), cited by INIDE (2013) reported that children between the ages of 4 and 17 presented an obesity rate of 30%, this demonstrates the changes that they have been produced over the years in the country. In addition to these indices, in the most recent evaluation carried out according to the monitoring, promotion, growth and development control of children under 5 years of age, published in the Statistical Yearbook, cited by INIDE (2015), it shows that of 1 509 857 children, 27 988 (1.85%) are overweight, with Managua (4258 children) and León (3003 children) being the departments with the largest number of children with this condition. Also, Zúñiga (2015), when analyzing the nutritional status of 5th and 6th-grade students between the ages of 10 and 14 of a public school, resulted in 22% of the students being overweight and 7% obese, both sexes were on equal terms.

In addition, Castillo and Castro (2013), studied alterations of the lipid profile in children between 6 and 16 years old in 6 educational centers in the city of León, in which they found that 13% (n = 198) of infants evaluated were overweight and 20% were obese.

In order to respond to the epidemic of overweight-obesity, sedentary lifestyle and low self-esteem of Costa Rican children, it has been proposed to intervene the school environment with the Schools in Motion Model that follows a socio-ecological approach that emphasizes the promotion of Health should focus not only on intrapersonal behavior factors but also on multi-level factors that influence the specific behavior in question. Thus, the socio-ecological model focuses on the relationships between individuals and the social, physical and political environment (Ward et al.). using social theories as established by the National Institute for Health hand Clinical Excellence (2007).

Cultura de Paz, as the Moving Schools program in Nicaragua is called, aims to promote physical activity in school populations with the exposed problem, health promotion and intervention efforts from this program, focus not only on the behavioral options of each individual but also of factors that influence those decisions. (Gregson J, Foerster S, Orr R, L Jones, et al, 2001) These factors act from various spheres of influence, including public, institutional/organizational, community, interpersonal, as well as at the individual level.

This social-ecological perspective helps us identify opportunities for health promotion and intervention, by understanding the factors that influence behavior at each level of the ecological social model and by recognizing that the behavior of an individual both forms and is made up of multiple levels of influence.

Develop healthy areas in movement at the levels of intrapersonal, interpersonal, organizational, communal and policy influence of the chosen schools, following the Ecological Model scheme.

In 2019, a pilot plan was carried out in order to carry out research on human movement and health and develop an investigation to determine the effect of a pilot intervention on physical activity in children on the promotion of active lifestyles and environments of peace in the Nicaraguan school environment.

For this, various activities were carried out in educational centers that managed to get the children to move and therefore to combat obesity and a sedentary lifestyle. 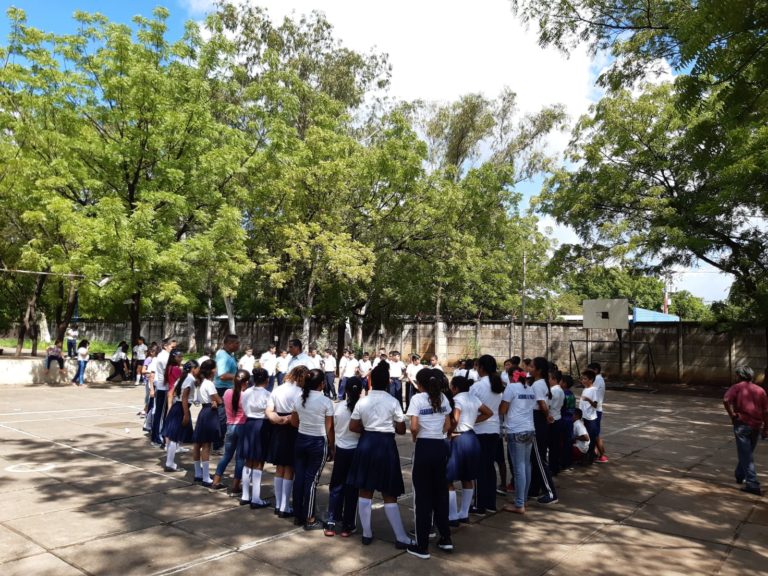 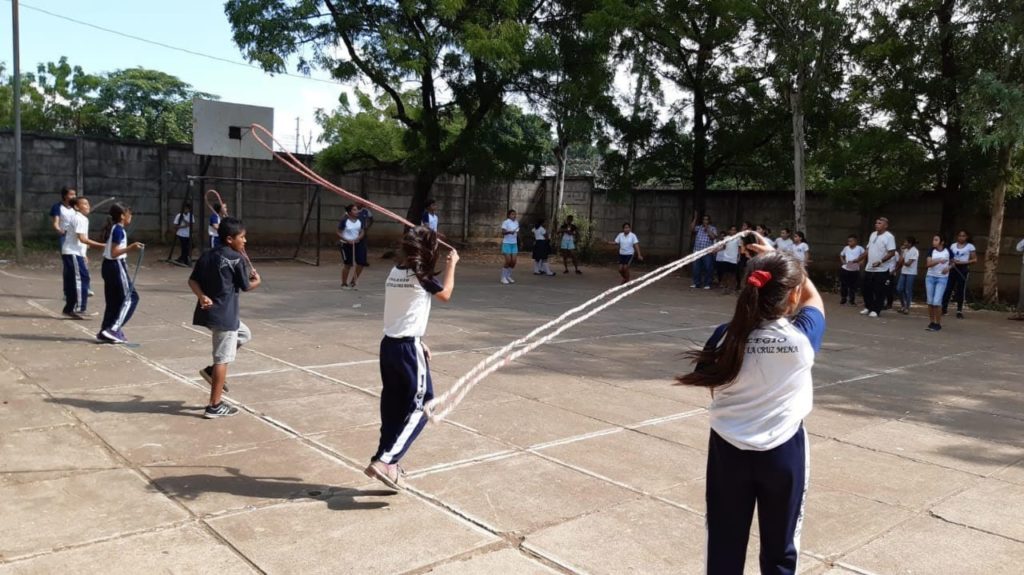 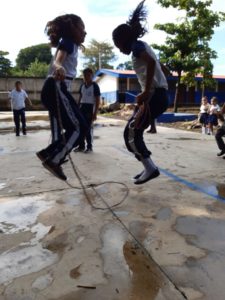 In June, the second participation in the radio program “En Movimiento” of the University of Costa Rica was carried out, exposing the interventions of peace-promoting environments of 2019 in Honduras and Nicaragua.

The invited speakers: Lic. Marvin Gerardo Valle from the National Autonomous University of Nicaragua (UNAN), León, Nicaragua and Lic. Jaime Leonel García from the Francisco Morazán National Pedagogical University, San Pedro Sula, Honduras. To see the video you can do it here. 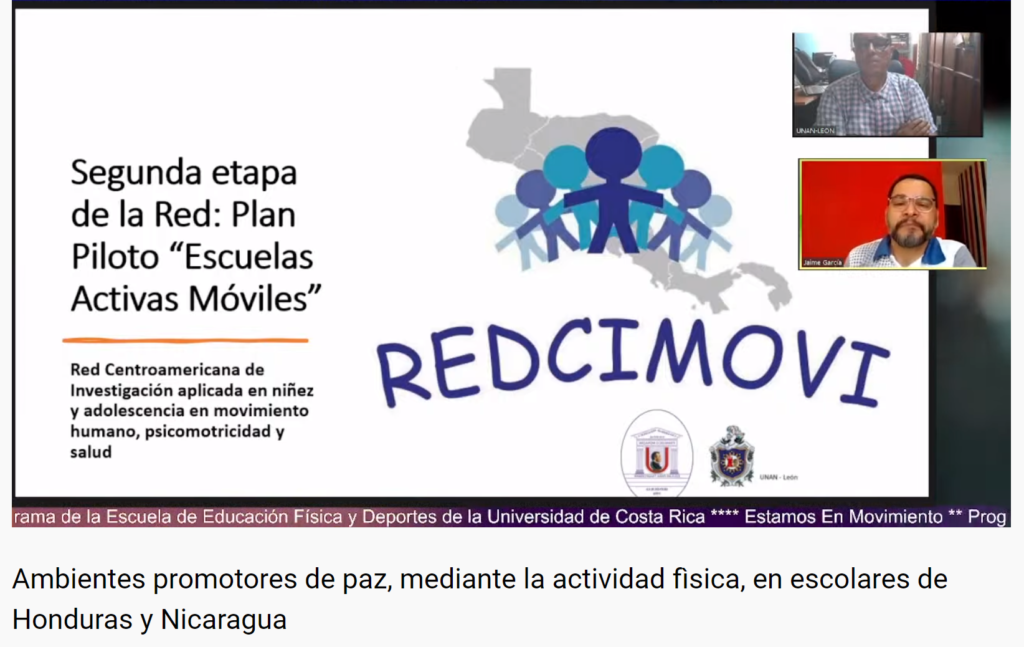